I'm Tiffany and I design information graphics. I’m also a bookworm, cat lover, coffee drinker, avid boardgamer, hiker, classic rock listener and most of all a big geek. Welcome to my little place on the Interwebs where I can post about design and geekery!

Blameless by Gail Carriger
An Introduction to Astrobiology
Eat, Drink and Be Healthy

Want to track the travels of your favourite movie characters? Well now you can with these wonderful maps by Andrew Degraff that literally plot the movements of the main characters through a number of cult films. Such a simple idea, but so cleverly executed! Google has created this charming Santa Tracker which will use Google Maps to track his journey around the world on Christmas Eve. 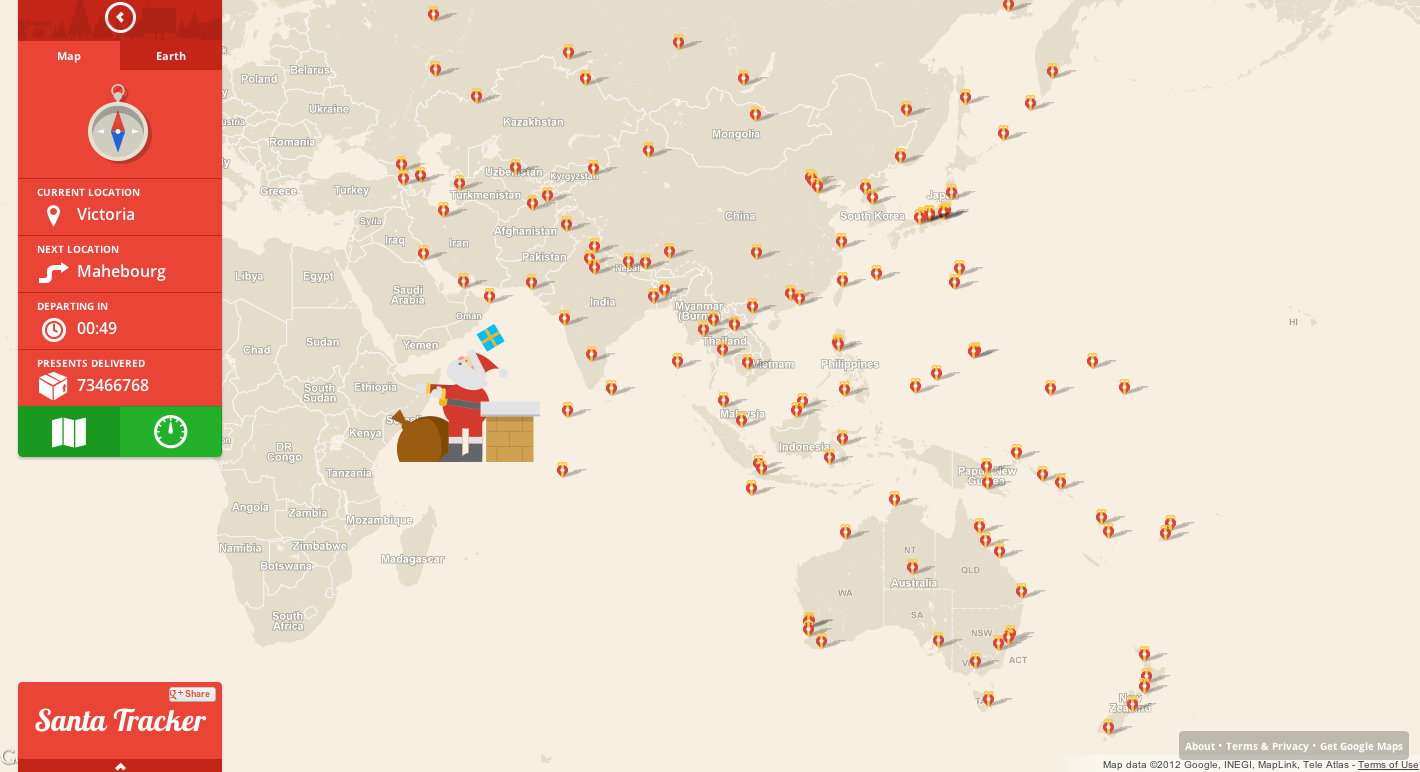 On his sleigh, arguably the fastest airborne vehicle in the world, Santa whips from city to city delivering presents to millions of homes. You’ll be able to follow him on Google Maps and Google Earth, and get his stats starting at 2:00 a.m. PST Christmas Eve at google.com/santatracker.

But until Christmas Eve, check out some of the other delights at Santa’s Village! Enjoy a sleigh ride through the snow, become a rocket propelled elf and even get Santa to call a loved one. Such a wonderful idea! Festive genius!

(via the Official Google Blog) The Map of Truth and Deception

A visual representation Pop Chart Lab designed of Pamela Meyer’s TedTalk on the science of lie-spotting. For Pamela’s full talk + her tips on how to spot a liar, go here.

The design studio Stellavie have created these absolutely stunning maps of the night sky. Perfectly minimalist and beautiful enough to grace any space geek’s wall.

Each map is an amazing depiction of the sky in all its glorious details. The artwork is silkscreen printed (each single print is manually pulled) on solid-colored Gmund Color System, 200g/m2. The run is limited to 500 pieces, each handprinted and -numbered.

You can pick up both the Northern and Southern Sky maps on their site. But you’re going to have to be quick, as the print run is limited! Go now!